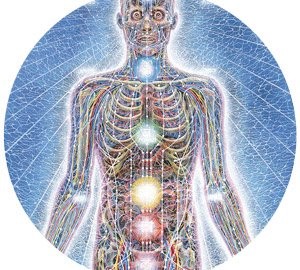 Tattoos and body modifications have been recognized as having physical, metaphysical, and psychological effects across so many time periods and cultures although in western millennial culture, I don’t think most of us relate. In such a homogenized ethnic melting pot, the downside is the lack of sacred symbolism, no central spiritual belief, and no hard subculture definitions. I see a lot of panic over this breakdown of social identity; everything has become meaningful, and subsequently nothing is meaningful. But the upside is the immeasurable freedom we have over our lives and bodies. There’s a power in this freedom. We can relate this freedom in how we choose to mark our bodies; there are no rules anymore. That being said, there’s a few things I believe should be considered when choosing body modifications.

First, realize that tattoos and modifications are basically intentional scar tissue. In Chinese medicine, a scar is considered to be a disconnect in the network of Qi (energy) in the body, or a permanent gap in an energy pathway. Although, because of the lack of sufficient blood supply and elasticity to the area, there is a constant ‘pulling’ of surrounding tissue of the scar. Too much of this pulling can cause irritation, but the pulling itself is creating it’s own energy flow. A created energy flow rather than a natural one. So by creating these ‘scars’ on and within our bodies, we are in a sense, becoming the master of a customized energy flow.

Also, color choice is important. Generally, warm tones (reds, yellows, orange hues) are passionate, energizing, and fiery. Cool tones (blues, purples, and greens) are calming, serene, and relaxing. The neutral tones (blacks, grey, and brown) are subject to the surrounding colors. Each hue has different psychological effects when you or others keep a long gaze on it. Why not study the effect each color has on the mind and emotions when choosing a color palette for a tattoo?

Lastly, subject matter. This is the part of the decision process where that social freedom really comes through. There are no rules that say a tattoo of a sandwich can be just as meaningful and powerful as a portrait of a passed away loved one. The beauty is the power that the wearer gives it. That ‘scar’ is a powerful physical and psychological stamp that has the same longevity in the mind as the memories that are permanently anchored to a childhood smell or favorite song. So in a sense, we start to embody the subject matter and personal meaning of our tattoos, much like a self-fulfilling prophecy.

“I almost got a big fierce looking tiger on my back when I was like 19, but decided against it when I got into magick around the same time. I intuitively knew it would be bad for me on the grounds that it would start to lock me into the archetype of the Tiger. Symbolism is a powerful thing.” -David Langford, Shaolin Wahman Student

You don’t need to be born into a remote tribe or living in a different generation for your tattoos or body modifications to hold authority in both the physical and spiritual sense. Over time, you become your modifications. They shape your entire being; this is the way they become attractively timeless and ultimately magic.

Tattoos Viewed Differently Around The World