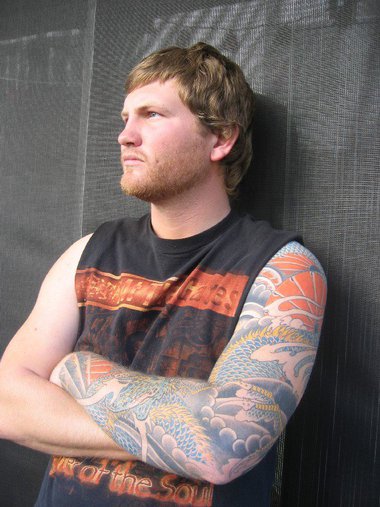 As tattoos are slowly but surely gaining acceptance and popularity amongst most of the American population, it is interesting to note how widespread the appeal of this practice is becoming in other countries around the world. It is also interesting to consider how various other cultures view this practice, and whether those views have changed over time as has been the case with the United States.

In American the main source of familiarity with Oriental symbols and other artwork comes from viewing this lovely, traditional art in tattoo studios all across the United States. It may, therefore, be surprising to many Americans to know that, due to the significant influence of Buddhist and Confucianist religions both the Japanese and Chinese societies take a very negative view of tattoos. In these societies, tattooing was a means of branding criminals; it was not acceptable for citizens to engage in the process. In today’s society, tattoos are still unacceptable. Although their younger generation usually takes a more liberal view of tattooing, the youngsters who have them generally keep them covered.

Ink is a thing of beauty in these places, from Angelina Jolie’s birthplace to Kat Von D’s old hangout…

Well, it’s official. Whether or not you think tattoos are sexy forms of self-expression, Maxim, Playboy, AskMen.com and FOX have all pegged tattooed beauties as some of the hottest in the world. The most recent picks? Britney (yes, she still makes many of the lists!), Angelina, Katy Perry, Zoe Saldana, Megan Fox and Jessica Alba. And, lest we forget the opposite sex: Johnny Depp (People’s “Sexiest Man Alive” two years in a row), Brad Pitt, David Beckham and Hugh Jackman, to name a few, all have several tats. They are but shining examples of the reason tattoos are today’s favorite “beauty marks.”
To find out which towns in America were most tattoo-friendly, we perused chat forums and looked up every state in several public directories, including Yellow Pages, Google listings, Tattoo Yellow Pages and AAA Tattoo Directory, to find those with the most listed tattoo and permanent makeup shops. Then we looked up which cities in those states had the most shops listed per capita with populations based on latest U.S. Census numbers.

We also took into consideration the city’s demographics and whether or not it hosted tattoo conventions, remembering that not all tattoo parlors were listed in the directories. See which cities love ink the most!